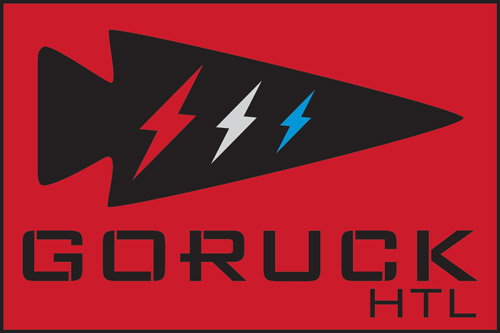 This Heavy Challenge kicks off an HTL (Heavy, Tough, Light) weekend. Sign up for and complete all three Challenges to earn the coveted HTL patch and enter the pantheon of the most elite endurance athletes in the world.

GORUCK’s Raiders and Force Reconnaissance Marines have created a Heavy event. Which will be tailored to sharing their history and lineage, bringing forward some of the modern-day experiences in training, and teaching the lessons learned from being down range with regards to teamwork, leadership, and communication. It is said that the Marines are the “Founding Fathers of the United States Special Operations”, credited to Lieutenant Colonel Earl Ellis and Brigadier General Evans Carlson. LtCol Ellis was the author of “Operations Plan 712” which was a 30,000-word top-secret document that highlighted the work of his special reconnaissance clandestine mission that he undertook from 1922-1923 throughout the Caroline and Marshall Islands. This occurred almost twenty years before anyone even thought to recognize that the Japanese would be a threat to the United States. In 1937, Brig Gen Evans Carlson set out on his mission as a student in communist China and linked up with the guerillas as a military observer. While observing the Chinese guerillas, Brig Gen Carlson traveled thousands of miles on foot and horseback. Living in primitive conditions while learning the tactics techniques and procedures of the Communist Chinese Guerillas, Brig Gen Carlson also learned about the Japanese aggression building in the Far East. Brig Gen Carlson resigned his commission in 1939 to write and lecture freely about what may be coming, only to rejoin the ranks in 1941 when the reality of this danger was too close for comfort. Both LtCol Ellis and Brig Gen Evans Carlson set out deep behind enemy lines before there even was a line before World War II. During the Marine Heavy, the cadre will expand in great depth about these two great Marines who paved the way for the present-day Reconnaissance and Raider Battalions. Cadre will share stories of other Special Operations Marines from various wars, right up to modern times during the Global War on Terrorism, all the while hosting one of the greatest ultimate team events the world has seen. This is an event that GRT’s will not want to miss!